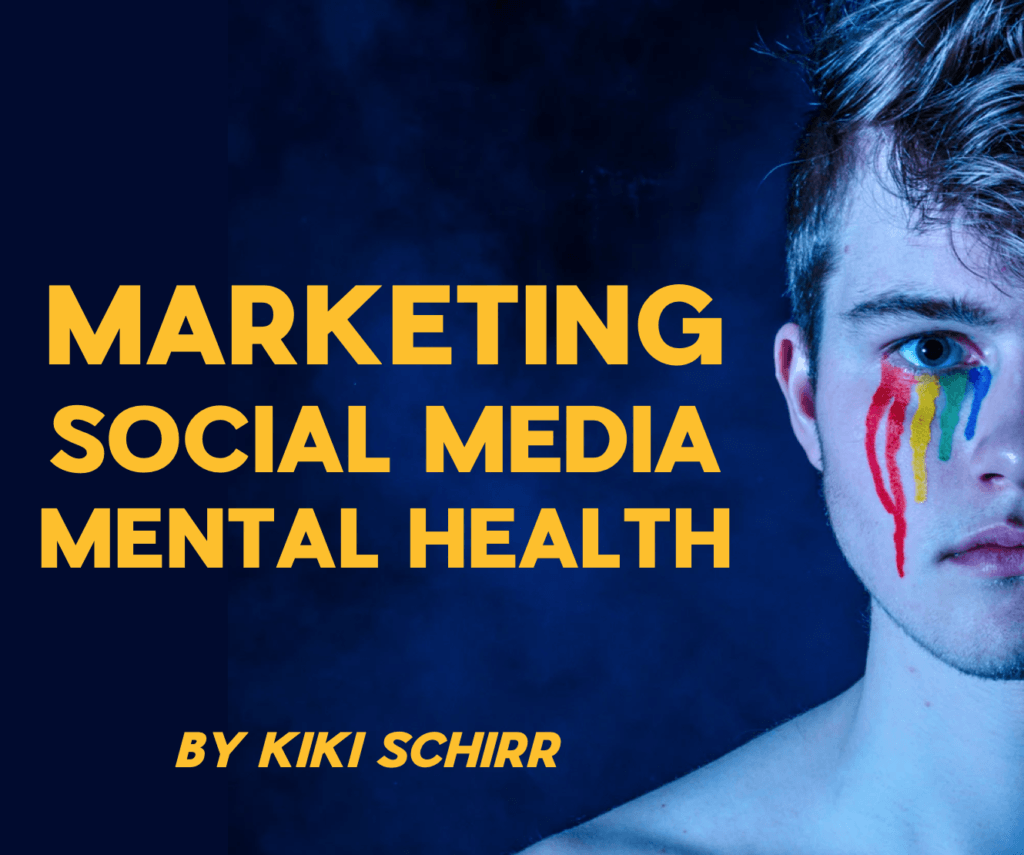 In the past few months, there has been a lot of debate about social media and mental health — issues that may be real or perceived.

Instagram removed the like counters from user images. While individuals can still see their own likes, they will no longer be able to reference how many likes a friend or celebrity’s post received as a point of comparison.

The head of Instagram, Adam Mosseri, explained that this was a mental health issue: “The idea is to try to ‘depressurize’ Instagram, make it less of a competition and give people more space to focus on connecting with people that they love, things that inspire them.”

Reactions from influencers and celebrities were mixed. Superstars like Cardi B and Nicki Minaj and creatives looking to become as popular as those two artists, felt that removing likes would destroy new artist’s social proof.

Some pundits believe this has nothing to do with mental health — It’s an economic move by Facebook. By limiting the power of influencers, it can keep more commerce in-house

On the other hand, Kim Kardashian, who arguably might understand the power of social media better than anyone on the planet, said the changes might prove “beneficial” for the overall eco-system of social media and mental health.

While a few studies have cited Instagram as the worst social media platform for triggering anxiety or depression, it is hard to name an app or service that not to be detrimental to mental health in some way.

Facebook was among the first apps identified as harmful, and in 2012 a diagnostic standard for harmful Facebook use was created. This standard is known as the Bergen Facebook Addiction Scale (BFAS) and uses traditionally defined symptoms of addiction to diagnose Facebook addiction.

Since then, a more critical eye has been applied to social media and mental health. The news media has reported on “cyberbullying” incidents and prevention sites like the US government’s stopbullying.com were created (portions of this site are woefully out of date in terms of where kids hang out online).

Other research shows that as long as social interaction through these sites is positive, it can reduce the risk of depression and anxiety in users. A 2016 study titled Social Networking Sites, Depression, and Anxiety concluded that positive social support had positive results, while negative interactions increased the incidence of depression and anxiety above the norm.

Not everyone is at equal risk when it comes to social-media-induced mental health issues.

Social Media Use and Depression and Anxiety Symptoms identified two populations of social media users that were most at-risk for negative mental health consequences. Using a large set of respondents, the researchers divided their set by variables like time spent online, sleep patterns, and Problematic Social Media Use (PMSU) and then compared the rates of depression and anxiety. The group that had the most time spent online on the most platforms was then at higher risk for mental health disorders.

However, the most at-risk group was called the Wired group, and although they used fewer sites less often than the Connected group, they stood out as having the highest PSMU score—and as a result, the highest incidence of depression and anxiety.

The authors of this study felt that PMSU was related to the Bergen Facebook Addiction Scale, but added that other, likely more important indicators were also at play in PMSU. Two of these symptoms are excessive fear of missing out (FOMO) and placing undue importance on peer feedback on posts. Both behaviors lead to checking into social media repeatedly, either to be sure they didn’t miss something, or to watch their like counts rise.

It isn’t hard to see that spending too much time on social media, and dependence on social media for psychological validation can lead to anxiety and depression. This is something marketers have to consider. Are we contributing to the problem or easing it?

Can we use these social media platforms to minimize mental health risks?

Difficult, but it is possible.

Here are a few strategies you can utilize.

is one of the very best resources for learning about the importance of fostering community and belonging among your brand’s fans.

The book contains many case studies highlighting how companies are actually creating a true sense of belonging and support. He also offers concrete, actionable steps in this book to build this competency for your own company. Mark also wrote a helpful blog post called  The Business Case for Belonging.

When interacting with your fanbase, be sure to always have a few resources at hand. The Lifeline is a US-based national crisis call center. If you are not US-based, or your local area has a service, keep that number on hand instead. Also if a more relevant crisis line tailored to your customer base’s needs exists (e.g. Veterans, LGBTQIA+ youth, or gender non-conforming folk) also keep those numbers available.

Not every need is a crisis, so think carefully about what other sites and resources might benefit your customer. At the very least, learn how to commiserate with your customer. Acknowledge the realities of the situation, even when bleak, before offering sympathy. Avoid platitudes and never give advice.

If you provide ways for your customer to interact, whether informally through Instagram comments, or more systematic through customer forums, have a plan to combat infighting and bullying.

Look through your customer’s eyes

In an ideal universe you would have at least one member of your social media staff who demographically identified with each of your customer personas. However, reality is often less than ideal, and you might be the only one handling social media for a very diverse group of customers!

Prior to scheduling social media posts, review your customer personas and read over your posts to see the images through their eyes, as best you can. For example, if one of your customers is a teenage girl, she might be very aware of any feminine characters within your media—especially whether they’re attractive, thin, or otherwise overly idealized.

If you’ve already identified a few things to avoid for your customer’s mental health, make a list and review it periodically. Be sure to share it with any new hires or whenever another employee is granted posting access to social media accounts.

Listen to the people

The best resource for understanding your customers is your customers. Some will give you their opinion without prompting, other opinions will need to be sought out, and some information will prove “sticky.”

Be sure to seek out all three types of information. Comb the Internet for mentions of your brand, not just from news sources but also on Twitter, Facebook, LinkedIn, and reddit. Catalog these mentions alongside customer emails or calls.

Send out surveys every once in a while. Even something as simple as a Net Promoter Score survey can have useful insights. Often, these quick surveys can turn Into deeper, bluntly honest opinions when a follow-up interview is scheduled.

For sticky information, that is, opinions about your product or uses of your product that the customer might not be consciously aware of, or likely to share, ask nicely if you can watch the customer use your product. This can be remote via a technology solution such as remote app testing services, or a session held in person (as in ethnographical research)

As Mark Schaefer has explored this intersection of marketing and the human experience, he has written many times about the role social media can play in a person’s mental health. I’d encourage you to start with:

Do you have any best practices you’d like to share with the {grow} community? Feel free to comment on this post. Are you considering social media and mental health issues in your own marketing plans?

Kiki Schirr is a freelance marketer who enjoys absorbing new trends within the tech scene. In response to a challenge issued by her father, she has also started to write a novel during small pockets of free time. She is most easily reached via Twitter.