A story of coronavirus recovery and hope 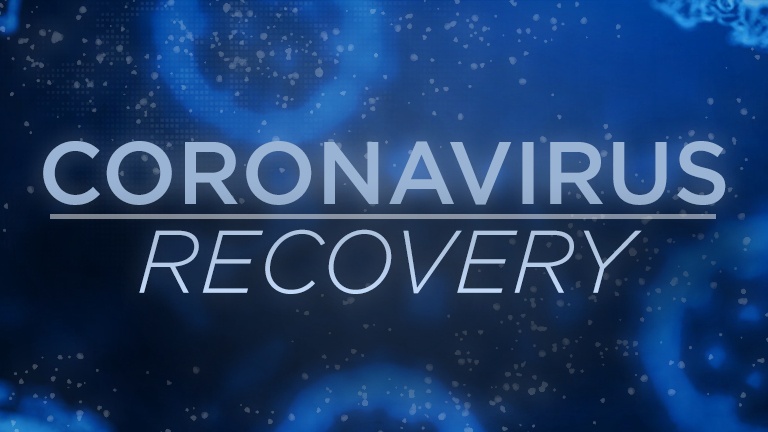 When the pandemic hit, I started creating content that I thought could be helpful and encouraging in this stressful time. Then, COVID-19 hit me personally and I had to step away from most normal activities to concentrate on coronavirus recovery.

Based on the CDC guidelines, I’m relieved to report that I am officially considered in recovery, although I must remain in quarantine for some time as research shows that some remnants of the virus might remain in my system.

Over the last three weeks, I provided a few updates on my health but no details. A lot of people have been curious about what happened, so here is my story.

When you stop and think about it, it’s simply amazing that an inanimate microbe from China made its way to my body in just a couple of weeks. It arrived via Idaho.

I was infected by my wife, who was infected by somebody on her Idaho ski trip in early March. My young and healthy stepson, also on the ski trip, was also infected but had symptoms so minor he hardly knew he was sick.

My wife became very ill, at times sleeping 15 hours a day. It took her three weeks to enter her coronavirus recovery phase. Miraculously, I was living in a highly contagious environment for that period and did not get sick until she recovered. In fact, almost immediately upon her coronavirus recovery, I started showing symptoms.

When I had a fever two days in a row, I went to a nearby drive-through testing facility. Within 24 hours, a doctor called to tell me I had a positive result for the COVID-19 disease.

Compared to the worst-case scenario, overall my symptoms were “moderate:”

I also felt like I was in a mental fog every day. I had trouble concentrating enough to read or write. Since I wasn’t taking any drugs that might cause confusion and a lack of focus, this symptom was perplexing.

There is some new evidence showing that the virus attacks the brain and the nervous system so this is the probable explanation. In fact, since I became sick, this condition has been added to the official list of potential symptoms by our local health department. American news commentator Chris Cuomo has famously reported the same problem.

As far as I can tell my ability to concentrate is back to normal.

The chest pressure was the most unnerving symptom, however. It felt like a large dog was sitting on my chest. What was this thing doing to my lungs?

Information on the virus is changing so fast, and there are still so many questions, doctors simply do not know how to respond in a unifed and effective way. There is so much new, and often conflicting, advice.

At the time I am writing this, there are still no specific vaccines or medicines for COVID-19.

With no cure and no treatment protocol, the plan was to minimize the symptoms (except the fever) and let the virus roll through me, as long as I did not need to be hospitalized.

I also had to minimize seasonal allergies since this would inflame the respiratory passages and give the virus a better platform to spread.

Many people asked me if some of the experimental drugs such as remdesivir or hydroxychloroquine were an option. When I first contracted the disease, my doctor ruled this out immediately because there were so many unknowns (and there still are). However, my doctor was open to experimental drugs if I were to be hospitalized and it became an active discussion as I entered my third week of the disease.

There are a lot of urban myths about what can possibly cure it, including bananas, coconut oil, elderberry juice, cow urine, and turning off all of your electronics! In February and March alone, there were 5,000 academic papers published on the disease. People cherry-picked claims to politicize the disease and reinforce agendas, which did not help those of us trying to learn how to self-treat and survive.

There was such an information overload from family and friends that I simply blocked it all out and focused on executing the doctor’s simple plan: Stay inside to minimize allergies, rest, hydrate, breathing exercises, treat symptoms, let the fever run its course.

I had a fever for 15 consecutive days. Some days I was wrapped in a winter coat and gloves shivering with chills while the fever raged through me. I was so weak that walking to the bathroom was an effort. Finally, after three fever-free days last week, I entered the coronavirus recovery phase.

According to the CDC, there are three serious COVID-19 symptoms which would indicate you may need to be hospitalized:

Hospitalization is the nightmare scenario because I would have been isolated from family and a deteriorating situation would require a ventilator to help me breathe.

Nobody can tolerate being ventilated without sedation. Many people don’t know that COVID-19 patients are put into a medically-induced coma before being placed on a ventilator. Even if you recover, you are likely to have life-long health problems from this drastic procedure.

At about Day 5, the pressure in my chest significantly increased, a signal for possible hospitalization. This was the worst thing that could happen as the enemy increased its grip on my lungs.

I am in a vulnerable age group and I have a long history of respiratory problems. Last year I had pneumonia and this past February I had already had Type A flu! Basically my body is a Petri dish for respiratory infections.

As the chest pressure increased, it appeared that my health was going downhill hour by hour. I tried to mentally steel myself for the worst and tried to get in a state of acceptance for what looked like a deteriorating situation.

But on Day 7 the pressure released back to the original level and on Day 9 my chest felt more normal. This was a psychological pivot point, too, where I realized I would probably heal instead of decline. Those were very rough days, mentally more than physically.

The rollercoaster of uncertainty created an extended period of psychological strain because I just didn’t know what was coming next. The symptoms changed every day (many people report this). Combining the time my wife was sick and when I was sick, we struggled through the virus mindgames for six straight weeks.

My place in the world

I have a relatively high public profile. I have thousands of fans all around the world. I had to consider an unusual question: What do I say publicly about this illness?

To appreciate the complexity of this question, you have to know the context. In my family culture, the response to a personal sickness would be to go underground and not even discuss the illness. Tough it out. It was common for my father to have an illness and nobody would even know about it. “It’s nobody’s business.”

So part of me just wanted to go underground and hide.

But logically I knew this was impossible. I had too many friends and business partners who would have to know. Word would get out. And the pressure to just ignore it and leave thousands of fans wondering would be much greater than just admitting it.

I was also concerned that if I publicly discussed my illness, there was some probability that I might be chronicling a death march. What would that look like?

In the end, I was inspired by the philosophies of author and researcher Brene Brown. I think her advice to me would be, “Be brave. Start in that place, and find a way to use your situation for good.”

So that was my resolve. I announced the illness on a blog post, created a few updates which I posted on Facebook and LinkedIn, and I also posted an animation that I hoped would inspire people:

I think this was the right approach. Openly communicating about my illness helped de-stigmatize the disease. For many, I was the first person they knew who actually was stricken with the coronavirus. I was able to communicate to a lot of people and also use the messages as an opportunity to dispense hope.

If I had gone downhill … who knows how that would have played out? I would just try to be brave and go from there I suppose.

I am keenly aware that I have a new gift. I am no longer afraid of the coronavirus.

At the time of this post, the research is still pending, but I am likely immune now. I probably can’t get it again, at least for a couple of years. I certainly can’t give it to anyone.

I can probably travel on a plane and stay in a hotel without fearfully wiping every surface. I don’t have to recoil from the thought of touching a door handle or going to a grocery store.

On my first day of coronavirus recovery when I was finally feeling a little stronger, I made dinner for my wife. I stood in the glorious, life-giving springtime sunshine and grilled steaks. I cannot tell you how amazing it felt to do one normal thing. Grilling a steak is something I would typically take for granted, but now it was a precious moment of joy.

No matter how bad the virus-determined future-world might become, I am alive. And if you’re alive, you have an infinite number of opportunities to experience small moments of joy, even in the worst of times.

Walking in the sunshine.

Here’s hoping that you and I never, ever forget the boundless pleasures of simple joys no matter what comes next. 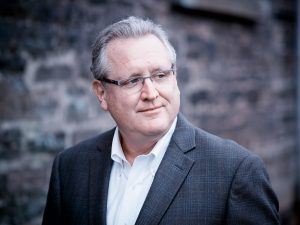 The post A story of coronavirus recovery and hope appeared first on Schaefer Marketing Solutions: We Help Businesses {grow}.